As part of the settlement of Ngāti Apa ki te Rā Tō with the Crown, the iwi can harvest tuna from Nelson Lakes for customary purposes. This kaupapa combines cultural revitalisation and conservation—ensuring that tuna harvests are sustainable and increasing knowledge of the tuna populations. 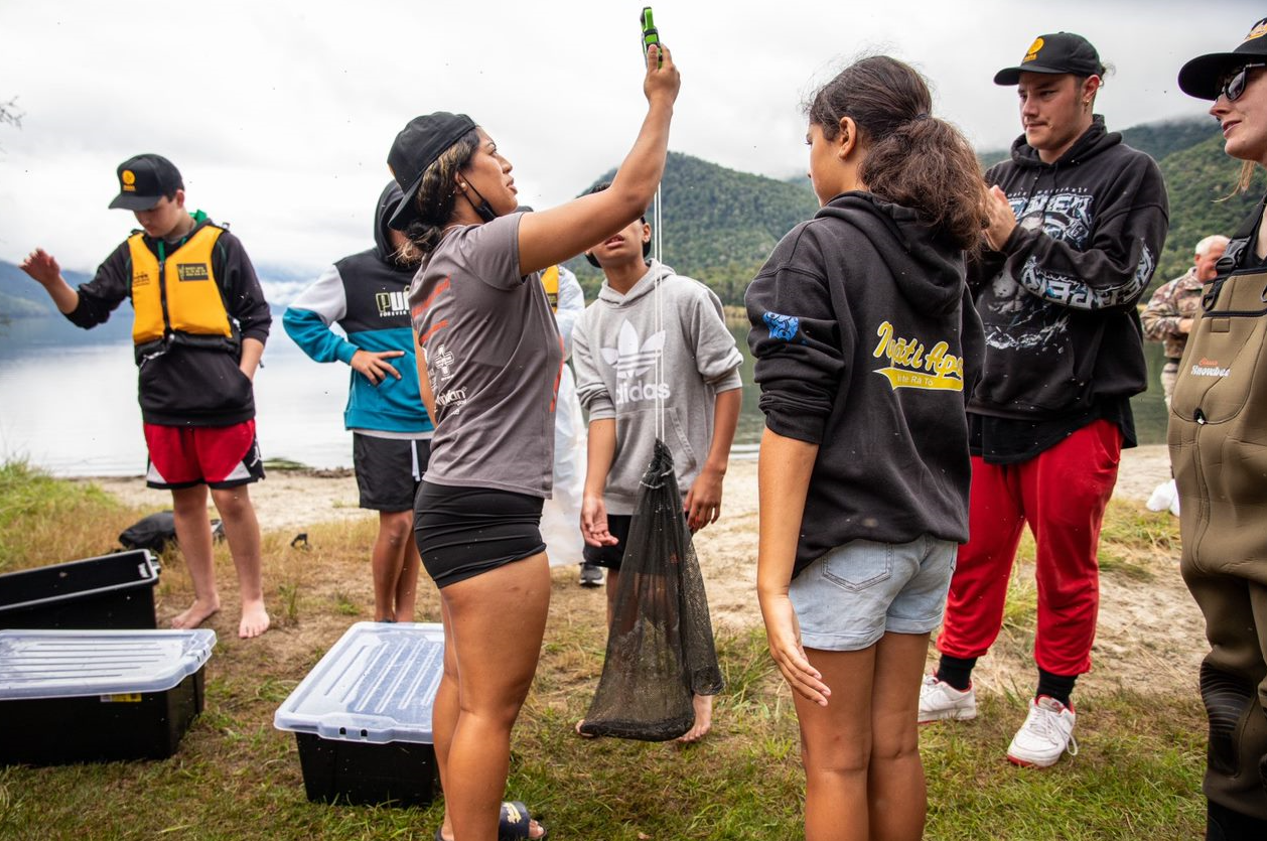 Initially, mahi was set to begin monitoring the tuna population in Rotoroa during Ngāti Apa ki te Rā Tō’s September 2021 annual harvest. However, due to COVID, the harvest/monitoring was delayed and instead carried out this year on the 25th and 26th of January, as part of the iwi’s Mana Rangatahi Programme.

Working with the Department of Conservation, (DOC), 14 nets were set overnight at a range of locations throughout the lake. The catch didn’t disappoint, with over 1,000 tuna caught, the biggest of which was 6.8kg. The rangatahi were instrumental in weighing and measuring the tuna caught and they had a great time combining traditional practices and modern-day science, learning from and sharing knowledge with DOC staff.

Ten tuna were harvested (<0.01% of those caught); these were smoked and enjoyed at the hākari at the completion of the week. Otoliths or ‘ear bones’ were collected from the harvested individuals, and these will be used to age these tuna. Information was also gathered on the tuna population structure (tuna length), relative abundance (catch per unit effort (CPUE)), and condition of tuna in the lake (weight). Additional information was collected on community diversity (different species captured), and habitat features of importance (habitat notes from sites sampled). 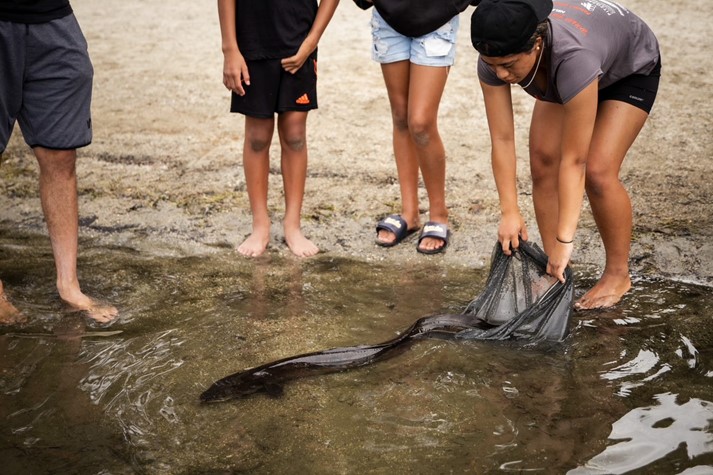 This information will enable Ngāti Apa ki te Rā Tō to understand how abundant tuna are in the lake and to see if there are any size classes of tuna missing. The data will also provide insight into the following questions: Does the lake have good recruitment? Are there plenty of big tuna? Is there high mortality in the lake? Are the tuna in good condition? The intention is for this kaupapa to be continued on an annual basis with plans to extend the scope of work overtime as the mahi progresses.